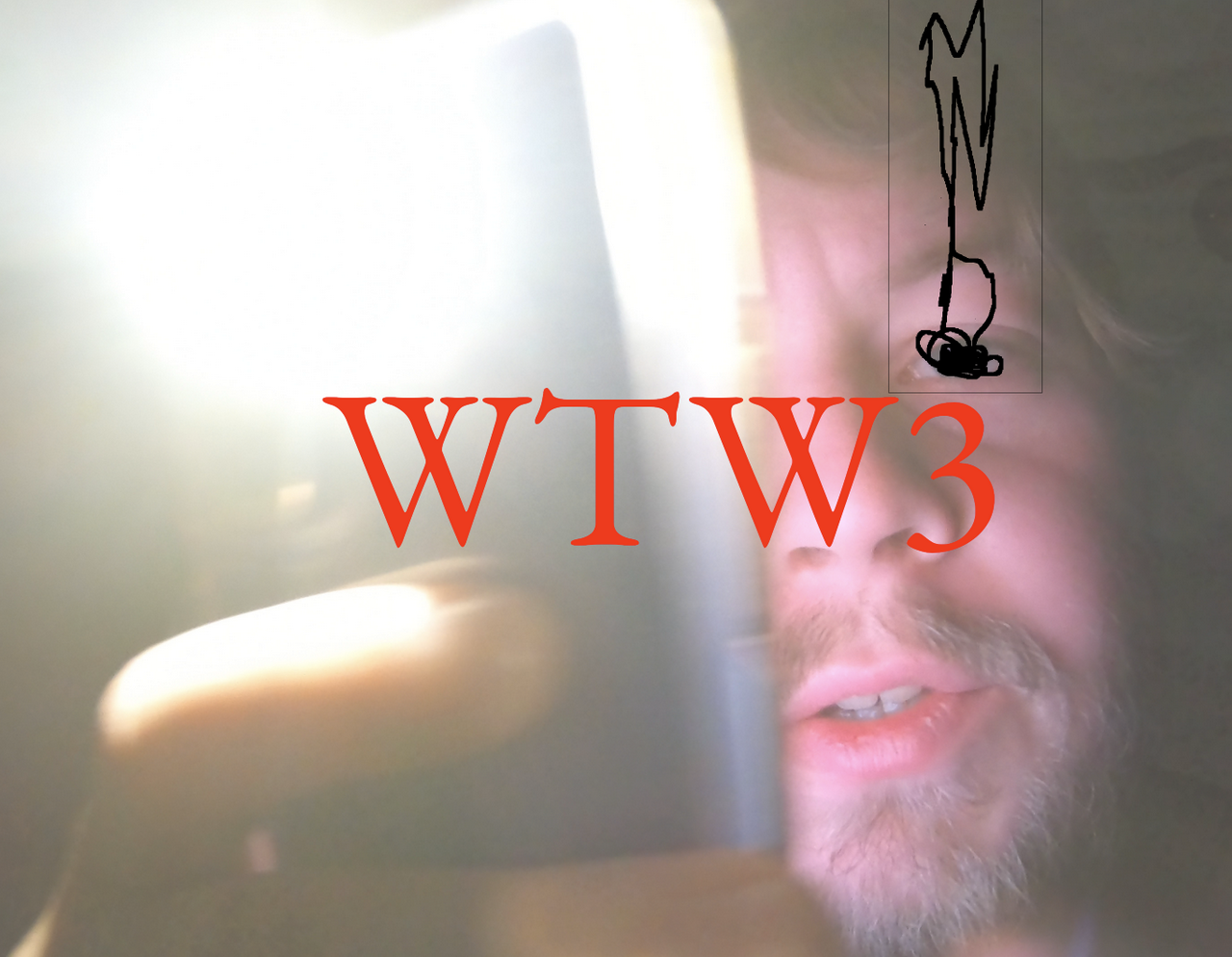 The City seen as a blur now wove itself into a frightening maze that kept Sleet locked inside. Or perhaps, it was casting her out? She couldn’t tell. The streets themselves were situated for foot-travel. Not a car in sight nor any sign of one. Sleet wouldn’t even know what a car was. Despite the ecological boon most paths were in dire shape. Potholes, cracks, some so worn they lead into dirt. Looking up lead to no improvement in view. Smashed glass windows of clothing stores, buildings that claimed to sell food yet never had any, darkened arcades, museums full of art dulled by time, old worn-out office spaces.

Some looked unfinished, as if a great project was abandoned halfway through. Desolate parks, the occasional arena. What most interested her were the other theatres she found. Some much more grandiose yet not without their own decrepit stains to match the rest of the urban landscape. The more she explored the more apparent the layout of the City became. All centered around that Tower. All faced, all lead toward this Tower. The featureless rectangle jutted up from the ground in alien-like fashion. There was a smooth glossy sheen that reflected the orange red sky of the setting sun.

Despite this clear centrality, Sleet was certainly being pushed away. Lead away by her own lack of direction, or guided by someone, something else? An uncomfortable, sinking feeling began to well up inside her. A paranoia of prying eyes spying on her as she moved aimlessly throughout this bizarre place. Increasingly as she marched onward the City grew sparse. Buildings turned into huts, shacks, all things spread widely over fractured foundations.

Then darkness approached. The light of the sun met a suspicious wall, not of material, but of blackness. Strangely Sleet felt repulsed by this barrier, this gateway to… Where exactly? Was this what King spoke of, outside the City, the outlands? The black pulsated, contorted, as if it witnessed this girl and grimaced in disgust. Snapping out of the troublesome trance Sleet looked back from where she came. The Tower now felt much smaller, much more distant.

How did she get all the way out here?! T-this wasn’t the City! This wasn’t her home. Before woe consumed her a familiar single step echoed once again. Quickly Sleet took cover behind a dreary merchant stand. She crawled quietly around the corner and poked her head out. A shadow quaked. Another step rung out. The hanging baubles rattled in the wake of this... Mystery.

Fear transformed into frustration, then uncharacteristic courage from the lost little one. She straightened herself up, pointed squarely into the neighboring darkness, and made her demand.

“I know you’re there... Show yourself!” Sleet took one bold step into the shade of the storefront. A sly voice whispered reply into her ear.

Sleet’s powerful posturing retracted instantaneously. She jolted backwards hiding herself in her hands and excessive clothing. Against her better judgment she peeked one piercing white eye through her fingers to behold the moving shadows before her. A rough outline of a figure manifested approaching slowly. Almost sure she was delusional, Sleet turned away, rubbed her eyes, and slapped her face.

Too surreal! Surely, a bad day... Dream? Yes, of course. The alternative was too terrible to fathom. To be haunted, hunted by a horrible monster from the dark... Surely... Surely... But as she turned back the figure became all the more clear. Yet not nearly as monstrous as she had worried. Instead it was the obscure shape of a beautiful young woman. This young woman stood a head taller than she and leaned forward, eye level with the girl. Deeply black eyes met the shivering white.

Still somewhat disturbed, Sleet thought it best to analyze the potential threat. From head to toe this young lady was enveloped in darkness. She was shadow. However, a surprisingly lively tone gave depth to her in the shade. Her hair flowed as one single fluid mass drifting listlessly behind her semi-solid form. As opposed to Sleet’s hair which formed into strands as it passed her eyes down her back and trailed heavily behind her every move.

The woman wore a curious expression on her smooth face. This expression was the only thing she wore. She was naked like that of a mannequin at a dressing store. Maybe less like a mannequin and more like an excellent sculpture. A work of art. She unfolded her arms crossed behind her back and stood up. She looked down at her smaller, lighter counterpart to give the warmest, friendliest smile an odd shadow-creature could. Which ultimately presented a more mischievous impression... Perhaps that was not without merit?

“A-Are you my shadow?” Sleet stuck her hand out once more to touch, test the existence of this apparition. The shadow’s smile faded, she let out a dramatic sigh.

“Ah... No Sleet, I'm not your shadow. But I can be.” Once Sleet’s hand returned to the darkness the shadow gently grabbed it and placed it on her cheek. Puzzled, yet placed at ease, Sleet too released a sigh. Not of weary for childlike ignorance, instead of relief.

Scratching her temple, she asked, “You know my name?”

The woman suddenly released Sleet’s hand and herself took a step back. Concernedly, she answered, “Well I... Of course! Of course I know your name. It’s written on your lovely face. How could a lovely girl not have a lovely name like Sleet?” Before Sleet had time to answer the rhetorical question, the woman stuck out her hand and interjected, “My name is Feign.”

Sleet looked at the hand intently but did not know what to do with it. Instead she nodded in reply and said, “That’s a pretty name.” Still, she shifted uncomfortably, but this time for a different reason. There was a problem and maybe Feign could be the solution. Mustering up her elusive courage, she confided in Feign.

“Could you help me?”

Feign smiled once more. “Of course dear, whatever with?”

Sleet drooped low, a defeated pitiful slump on the verge of tears. She had no where else to turn but to this stranger who she wasn’t even sure was real. But if there’s a chance to get back home Sleet could put this whole ordeal behind her. Her mind wandered briefly back to that film of the plane spiraling down to the ground. Would it... Could it recover? I wonder...

“Now now, don’t cry. You're in luck sweetie. I know where everything is. I’m good at things like this. But, I must ask. How did you end up here?” Feign spoke soothing words and lifted Sleet's chin. Behind the soothing words was a serious question and Feign wanted an answer.

“Well... It all started when my movie stopped. I went up to leave and got scared. Then the light got in my eyes then King saved me from these monsters then…”

Sleet regaled Feign of her misadventures, the wealth of King’s hideout, but failed mention the possession King himself held most dear. Honestly, it wasn’t something Sleet found important at the time. Clearly, Feign’s interest was piqued. A mumble under her breath, a sure nod, she returned to Sleet with an exhilarating promise.

“Well well, that’s quite the tale. I’d love to meet this King someday. But first, let’s get you home.”

Sleet didn’t say it but she cheered a roaring cheer insider herself. Ecstatic at the chance to finally have everything back in it’s place. Feign stuck out her hand again, inviting that same handshake that Sleet failed to grasp before. But this time Feign instructed her...

She did as she was told. Feign then swiftly spun her around and launched her out into the sunlight. Trip-skip-stepping into the light Sleet regained her footing only barely. Puzzled again, she looked frantically for her new friend but saw no one. Her shadow spoke back to her.