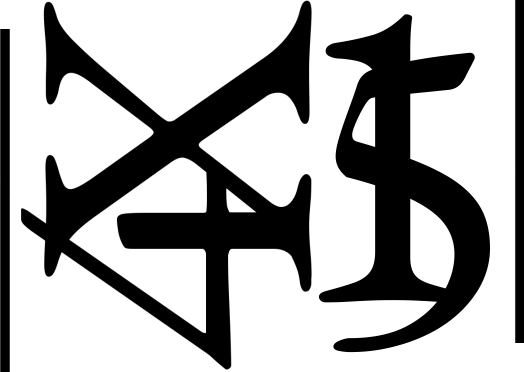 Not the dangerous kind. Or the insidious kind. Or the super spy kind. But instead those that veil meaning or intention. We live in a vapid world of prose where we list off every bit about ourselves without an ounce of subtly. How old are you, when is your birthday, where you are from. Age. Sex. Location. American. Sign. Language. ASL. It's all in front of our eyes but I often wonder if it makes it in-between our ears. I prefer the thought provoking, an excited imagination. Unraveling a mystery is much more satisfying. Holding onto a harmless secret is an empowering feeling.

...all your work. Especially in art the older something is the more value it accrues. No matter how terrible the art, or perhaps, even because it's terrible there is an added flavor of history. Maybe that value isn’t monetary in nature but is instead sentimental, indicative of progression, a way forward. The simple act of noting a few numbers on a page helps cement your work as an artifact in your life. That meaning, that purpose may extend far beyond yourself. For myself personally, I have looked back on humble story notes from years ago with great pleasure. To finally see them come to fruition… Ah! I've scarcely felt greater feelings of accomplishment.

…is a 2017 hand-painted movie telling the story of Vincent van Gogh’s life and his death through the lens of a fictional main character retelling, recovering the actual true history surrounding this mysterious man. Vincent van Gogh and his unfortunate death. I’m a sucker for traditional animation, stop motion, or anything like that. This movie is just an absolute feast. Not only visually impressive but the way they told his story was so… Beautiful.

…is the honest answer to so-called “Intellectual Property”. I see so often the hand-waive excuse that an artist or inventor would never be able to profit if this legal phantom was dealt a lethal blow. To that I ask how oh how did craftsmen exist for the previous several thousand years of recorded human history? Long before the invention of the printing press and thereby these contrived state statutes? Did the potter take his fellow tradesman to court? Presently is there a universal, objective courtroom of recorded ideas and who they “belong” to? Do we send officers into our minds to repossess memories? No, we don’t. The moment we speak a secret thought it is not our thought alone anymore.

What Do ALL Stories Have In Common?

Reality. Every story must have a basis in reality because it is the only frame of reference we have as human beings. Now this may seem obvious to you but it wasn’t obvious to me. When I first dove into writing I let my imagination lead me to far away unknowable places. Taxied by an ephemeral uber I ran out of money and was left trapped, stranded, and alone. If I can’t make sense of where I am how could I possibly communicate that to anyone else? This is also why I find pure escapist fiction impossible. Every story true or false reflects back on reality to some extent. It is inevitable. We are always here and present whether we like it or not.

I Had an Amazon Gift Card...

...burning a hole in my pocket for the past several months now. I don't shop on Amazon anymore for various reasons, this was a gift. So I pondered what oh what I was to do with the free money. I decided I would counteract the corporate monopoly by buying some books from independent authors! I have in my possession 5 books from 5 different authors. The Blood of Matyrs by Dokken Storm, The Turquoise Serpent by Alexander Palacio, Of Blood & Stone by B.A. Turner, Shadow of the Conqueror by Shad Brooks, and Automaton by T.R. Hudson. I will report back my perceptive impressions.

This Comic Book Is Weird

Maybe not for you but it was for me. “The Autumnlands: Volume 1” by “Kurt Busiek” and “Benjamin Dewey” is an anthropomorphic fantasy story full of magic, history, powerful creature design, and one seismic tonal shift a quarter way in. Maybe I’m the problem. I’m not yet accustom to mature bloody comics. But I can’t shake the feeling of shock when the ferocious human champion rattles the previously stable animal world. It’s not even that I dislike the book. The plot is well-written with dangling bits of intrigue. The art is fabulous. It’s just… Weird! I have mixed feelings on this collision of past and future, man and beast, magic and technology.

Catch and Release. You draw out your net and hoist the reader out of the water so you may throw them back in. Build the tension! Ignite! Ignite! Ignite! Then, let go... As a younger storyteller I was so excited by my imagination I would rush to climactic moments. It is so hard to slow down. But it is absolutely vital to build your audience up carefully, respectfully to a moment of decision. And most importantly after that, don't linger! Punch your reader quickly and painfully so you may tend to their wounds. Pull the hook out of their lips. The shock, the surprise, the impact they will feel warmly for sometime.

The Rise of 2nd Person Stories

One of the few useful things I was taught in American public school was the difference between 1st, 2nd, and 3rd person perspectives in books. “Oh neat, 3rd person perspective has 2. Limited and Omniscient! First person is me, myself, and I. But what about 2nd person?” It was largely dismissed. Only relevant to choose-your-own-adventure books that nobody read or wrote anymore. But, as a growing young lad I noticed something during my years of increasing video game addiction. In interactive media, the story is talking to me and I am talking back! I make the decisions. I move the story. The audience has been given the spotlight now more than ever.

TRUST Your Old Self While Editing

When I went back over my manuscript there was a temptation to expand, embelish, and change what came before. More strongly was a lack of courage in the work I had already done. I’ve heard and seen writers who more strongly feel this insecurity. I have found it is best to trust your past self when you are that indecisive. “Should a comma go here? Should the dialogue end there?” Well, surely your past self had a reason for it! And that is why you should unload some of the burden you feel, some of that pressure, and trust yourself and move forward from there.

Why Oh Why Did I Buy…

…this beautiful artbook from the International Manga Museum in Kyoto. Well I’ll tell you why. I was reminded yesterday upon finishing my rewatch of this wonderful show called “Kyousougiga” of which I took an unconsciously dangerous amount of inspiration from in my own writing endeavors. It’s a story of a monk who makes himself not only his own family, but his own world for them to live in. And it is a beautiful tale of sibling rivalry, love of your mother and of your father, and of all of these different struggles wrapped in an almost ridiculous level of creativity and inspiration that I hold very dearly and would greatly recommend.

I Bought This Book For $1

“A Darker Place” by Jack Higgins is some kind of late 2000's era spy thriller. I bought it because I was curious what a post-Soviet but pre-Ukraine take on international Russian-American espionage would look like. Sadly, there were enough pet peeves present in the first couple chapters to immediately squash my interest. Dull, somewhat unlikable characters combined with funny mafia stereotypes was one demerit. The second more grievous sin was a schizophrenic level of perspective swapping that gave me serious narrative whiplash. I recommend not overwhelming the reader with backtracked character introductions before establishing the plot. And for a dollar? I couldn’t get myself to finish.

The Only Powerful Argument Against AI Art is...

…to love. To see everyone as a person with a soul. The crude drawings of a child are a masterpiece. Why? Because of who made it. Technique, skill, form are all vital to art but without a soul there is no life. Utility, pragmatism are distant second places. When we let convenience and ease rule our life instead of supplement it we inevitably become a secondhand servant ourselves. The uproar is the repeating record of an industrial world automating the world away. We only control ourselves and therefore must be willing to ask, “How can I use this new technology to help others?”

The beautiful image in your mind! The wondrous city! A superb painting or photograph can all be pieces of a narrative puzzle. But without time, without action, without event they are simply descriptions. Their stories are short and their life is frozen in stasis. A splendid stasis no doubt. But a world built without motion is a story that will never be complete. Create a timeline and sequence your inspirations. At the bare minimum have a beginning and an end. Toss in a bit of improvisation, set yourself limitations, and watch as the world builds itself. Be confident. If it's a story you want then it's a story you must present in time.

Do you have writers block? Do you have writing ADHD where you drift from one story idea to the next? Do you never finish any project you start? There is one simple easy solution to this problem. Consolidate consolidate consolidate! Writing for me begins with a series of seemingly unrelated unique events, settings, characters, and ideas that I slowly weave together. A common thread that binds an untamed imagination into a logical, cohesive, coherent, chronological narrative. Each piece of inspiration is a piece of the puzzle. The writers job is to put words together. At least, that's what helped me.

...is a indie comic series set in a lovingly crafted Nordic fantasy world. The story summarized is a visceral, but not prohibitively mature tale of our protagonist Kazimir as he is reintroduced to a life-sucking monster that he inexplicably appears most equipped to defeat. Concerning the art I was struck by the strong-yet-soft coloring, bold line-work, and the way she depicted puffs, clouds, and smoke. The “camera-angles” and direction kept quiet moments interesting and fight scenes appropriately frantic. A light criticism I would levy as a writer is some of the dialogue felt a bit too modern for the otherwise ancient world painstakingly created. You can snag Chapter 1 & 2 on indiegogo right now!

The two things that stood out most to me were the dark baptism of Jinx and Jinx's last supper. If you recall Silco took Jinx into the black waters where he was “reborn” to give the same gift to Jinx. This was to cast off the old name Powder and fully embrace Jinx. Clearly, an inverted baptism. Secondly was at the climax where the troubled cast of characters gathered to participate in a final meal. And what happened at this last supper? Jinx sought to expose a traitor, a type of Judas, and a sacrifice was made at the table. The death of Silco. What did this sacrifice produce? A new nation. A new kingdom.